Situation: Both venues required the conversion of an operating airport into a fully functional racetrack.

Our Role: Like all other temporary circuit venues, these events require ground up design, facility construction and tear-down each year. The events in both Cleveland and Puerto Rico, however, have the added complication of taking place on the grounds of a fully operational airport. This requires the added involvement of coordination with civil aviation authorities. Moreover, project planning and timing for these events must run on tighter and more precise schedules so as not to interfere with airport operations beyond the specified times.

For the Grand Prix of Cleveland at the Burke Lakefront Airport on the edge of downtown Cleveland, the planning and operations begin twelve months in advance of the actual event. However, the racetrack itself can only receive its final, yet critical finishing touches, only once flight operations have been suspended–four hours prior to the first scheduled on track session. Likewise, flight operations must resume only two hours after the conclusion of the last on-track activity. Thus, only six hours are all that is allotted to convert an active airport into a world-class racetrack and back again to an active airport. In all a crew of 300, working for a combined 90,000 hours under the management of MCS, are required to complete the event.

The months of planning and preparation culminate in a highly coordinated operation to place 867, five-ton concrete blocks that comprise the circuit walls, 1.5 miles of debris fencing and 280 tire barriers that consist of 64 tires each not to mention miles of power and communication cables in order to have an operational racetrack. In the months and weeks ahead, all of the materials and equipment need to be amassed and precisely staged so that circuit construction can be completed flawlessly. Additionally, the race venue infrastructure complete with grand stands for 30,000 spectators, corporate entertainment suites, crowd control fencing, a media center and the positioning of race teams, concessions, vendors, sanitation and television production must all be completed while the airport is fully operable.

To date, we are the only motorsports venue management company to have successfully completed two separate airport circuit events in North America. 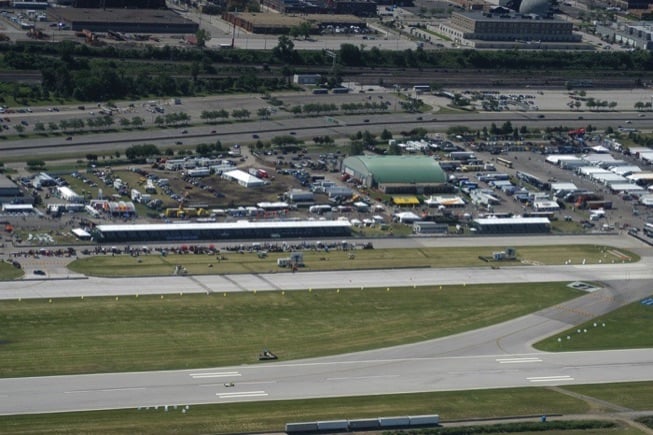 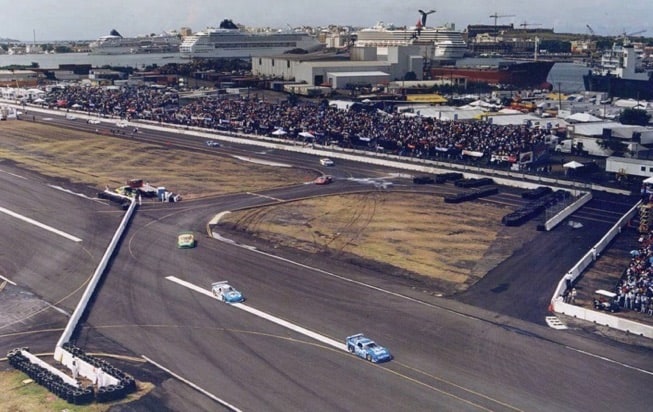