MCS In The News

Here is a sampling of some of the articles that have been written about MCS and the projects we have worked on over the years... 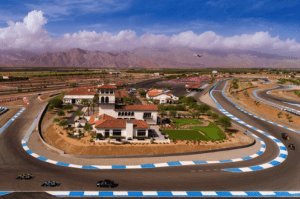 Collectors and Speed Freaks Take Car Condos for a Spin

When some people dream of a second (or even third) home or property, they imagine views of a pristine lake or a peaceful golf course. Not Julie Hertzberg. When it was time for her to take the plunge, she wanted thundering V-8 engines and the smell of hot rubber on pavement.

Roger Penske looked out his window in the Hyatt Hotel at the Inner Harbor and didn’t believe what he was seeing. It was Saturday and the grandstands along the Baltimore Grand Prix course were packed solid with fans. “I was amazed at the turnout,” said the owner of Team Penske. “To see huge crowds like that on a Friday and a Saturday shows this event has great potential.” 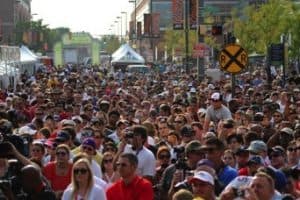 The Baltimore Orioles’ team batting average is .255, putting it smack in the middle of the major leagues. The Izod IndyCar Series is batting 1.000 in Baltimore after the most successful inaugural American street racing event in the past 30 years. An estimated 75,000 spectators turned out to see Will Power score a dominant victory over Oriol Servia and Tony Cannan, pulling him within five points of championship leader Dario Franchitti.

Long before a snarling pack of Indy cars makes mad dashes up to 175 miles an hour down Pratt Street, a thoroughfare soon to become a straightaway, Martyn Thake will have sweated a lot of details. Consider the lowly manhole cover.

Mr. Thake, the director of operations for the inaugural Baltimore Grand Prix on Labor Day weekend, says the racecars have such potent ground effects – the aerodynamics that make them adhere to the track at high speeds – that they could pull off unattached manhole covers as the cars whiz past.

“They’d become 200-pound Frisbees,” Mr. Thake said of the covers during a recent interview in his fourth-floor office at the B & O Warehouse, near what is to become the pit lane.

Not only did Baltimore seem to be a natural, aesthetic location to hold the Grand Prix, with its stadiums and waterfront setting, but officials within the community saw the race as the perfect opportunity to shatter outsiders’ misconstrued perceptions.

The original layout of the course was put together in 2008, but has since transformed into a two-mile temporary street circuit in and around the Inner Harbor and Camden Yards. The race will include sections of Russell Street, West Pratt Street from Paca Street to Light Street, along the Inner Harbor on Light Street and up Conway Street.

“When we begin to design a racecourse, we look first for an anchor point,” Thake said. “In Houston we had the Astrodome and in Long Beach [California] we had the waterfront. We look for an anchor which looks good on TV and promotes the city.” 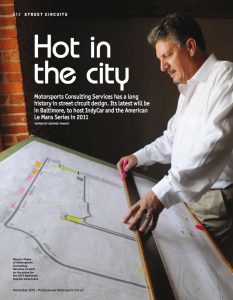 Hot in the City

Before a wheel can be turned in anger at a Formula 1 circuit for the first time, or if any modifications have been made, an FIA Inspector needs to sign off. That inspector is Charlie Whiting, the man who turns the entire F1 field loose at every Grand Prix. If Whiting is indisposed, the call comes to Martyn Thake, back-up inspector for FIA tracks, Grade 2 or higher.

Traffic on Pratt Street in downtown Baltimore often moves at a crawl. But one weekend a year from August, the speed limit will increaseto 185 mph.

City officials approved a contract Wednesday that should be the final hurdle to adding the Baltimore Grand Prix to the Indy Racing Leagues schedule starting next year. The IRL is expected to sign a sanctioning agreement in the next two weeks, according to a letter sent Monday to city officials.

The race would be the Indianapolis-based leagues only event in the mid-Atlantic region, giving it a foothold in a densely populated area that has little history with open-wheel racing.

The IRL has been looking to get into the mid-Atlantic marketplace for years, said Martyn Thake, wholl be designing and building Baltimores track. 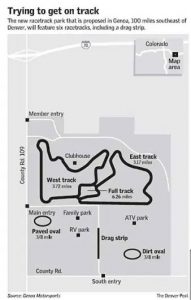 The design team behind the Grand Prix of Denver racetrack has been hired to work on a planned private, membership- based track in Genoa, about 100 miles southeast of Denver.

Crested Butte-based Motorsports Consulting Services will design the Genoa Motorsports Park site, which sits on 2,700 acres. The site will feature a 6.26-mile road course with two separate circuits that each have 100-foot elevation changes. The site is also slated to include a 3/8- mile paved oval track, a 3/8-mile dirt oval track and a 1/8-mile and 1/4-mile drag strip.

Champ Car veteran and the usually pessimistic Paul Tracy said the Grand Prix of Denver is becoming one of the circuit’s best events.

“They have basically set the standard for promotion for our series,” Tracy Said, referring to the title sponsor Centrix Financial and general manager John Frew’s Denver-based staff. “This race rivals any track that we go to, whether it’s Australia – everybody talks (about) how great the Australian race is as an event – and the Molson Indys in Canada.

“This is, by far, (an event that) rivals or is better than any of the races we put on. They have just gotten better every year, and the fans love it.”

Transformation: Don’t Thake it for granted.

With Champ Car racing focusing more and more on street racing we decided to take a closer look on how to turn a city into a racetrack; therefore we decided to leave early for Denver that will be hosting the 2004 Centrix Grand Prix of Denver this coming weekend. Another reason why we selected Denver is because we wanted to meet up with Martyn Thake, the principal behind Motorsports Consulting Services, a dedicated and specialized group of motorsports facility development and operations management experts.

As any motorsport fans knows, the logistical effort behind any street race is truly gargantuan and the Champ Car event on the streets of Denver is no different as Londoner Martyn Thake, director of operations for this years race, knows only too well.

Thake, who is the principal behind Motorsport Consulting Services, a company that designs and builds racetracks, is the man who will ensure that every not, bolt, barrier, bridge and hoarding is in exactly the right place come Sunday August 15th and the third annual Centrix Financial Grand Prix of Denver.

Thake: Man With A Plan

The new director of operations for the Grand Prix of Denver is no stranger to Champ Car World Series races in the Mile High City.

The London native and Crested Butte resident was the director of circuit development for CART during the 1990 and 1991 Denver Grand Prix. And he helped design and manage the inaugural 2002 Grand Prix of Denver as a consultant. 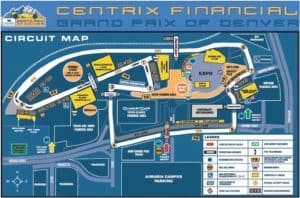 In further pursuit of fan enjoyment and on-track competition, the management team of the CENTRIX Financial Grand Prix of Denver today announced four changes to the track layout.

“Denver’s first turn will now be one of the most action packed corners in Champ Car’s season. I expect the changes to produce more passing opportunities for the drivers and more enjoyment for the fans.” Martyn Thake, director of operations for the CENTRIX Financial Grand Prix of Denver.

The Grand Prix of Denver will implement major changes to its course for the Aug. 15 race, including moving the start/finish line, general manager John Frew confirmed Tuesday night.

The start/finish line, which was on Auraria Parkway, will move to the middle of what is normally the main Pepsi Center parking lot.

Turn one will be just west of the Pepsi Center, instead of on the southeast side near the Aurora Parkway and Speer Boulevard interchange. As a result, all turn numbers have changed for the 1.65-mile course.

Building a Racetrack Where There Was Not One Previously

Cleveland’s track is to some an illusion, to others it’s unbelievable or simply extraordinary. “Cleveland to me is a super, super place; just fantastic!” Says Alex Zanardi. “It’s not a permanent track its what we call a street circuit but its layout is an airport and you can easily imagine how cool it is to race on runways. The track promotes a lot of overtake possibilities during the race because the course is very wide.”

We believe you Alex, and we know you are the ‘maestro’; after all you are the only driver in the race history that was able to win back to back (97 & 98).

From airport to racetrack, a race within a race

Many of you might have not heard of Martyn Thake, but we are pretty sure you have enjoyed racetracks either designed or developed by his company. Martyn Thake is the principal behind Motorsports Consulting Services. We talk to him about converting the airport into a race track for this weekend’s Champ Car race.